THIS EVENT HAS BEEN POSTPONED TO FRIDAY JANUARY 25th 2019 DUE TO COMPLICATIONS WITH RECENT EVENTS IN THOUSAND OAKS.

Those who originally R.S.V.P'd will be notified and can R.S.V.P. again here or via the email notification

This event is open to the public and attendance is free but we can only guarantee entry to those who have R.S.V.P.'d and received the follow up confirmation email.
SCHEDULE
​6:30pm - Diana Lee Inosanto
7:00pm - Q&A panel discussion with special guests. Click each name to learn more!
- Lauren Kim -
- Katy O'Brian -
- Beth Hyatt -
7:30pm - Kali (Filipino Martial Arts) Workshop & Snacks!
DIANA LEE INOSANTO is as close to martial arts royalty as you can get.  She's the daughter of legendary martial artist, Dan Inosanto, and the goddaughter of global icon, the late Bruce Lee. Growing up around the who’s who of the martial arts world, she has appeared worldwide on the cover of numerous martial arts publications, including BLACK BELT magazine where she was named “Woman of the Year.”

Given her martial arts lineage and stunt acting background on iconic TV shows like Buffy the Vampire Slayer, she has been sought out to apply her knowledge to the business of Hollywood Film making, preparing actors for commanding, visceral combative styles including Academy Award nominee, Melissa McCarthy for the action-comedy hit--SPY.  As of recently, she and her husband, Ron Balicki trained actress Rosa Salazar for her role as Alita: Battle Angel, directed by Robert Rodriguez and produced by James Cameron due to be released in 2019.

As the actress-writer-director of the critically successful humanitarian film, THE SENSEI, Inosanto would win awards and accolades, including the 2011 American Courage Award in Washington D.C. presented by the Asian American Justice Center for her bravery and dedication to the cause of civil rights and use of incredible creative aptitude to deliver the message of advancing social justice. Later that year, Inosanto also became the first woman to ever receive the Maverick Award, by the Action On Film International Film Festival.

In October 2016, Diana was invited to the White House to lock arms with fellow Filipino American leaders to publicly campaign and create awareness for the passage of the Congressional Gold Medal Bill for Filipino World War II Veterans.   Democrats and Republicans came together on Capital Hill to sign into law the passage of this bill.

As of recently, Diana with Mark Gordon (Oscar winning producer of the film Saving Private Ryan) and Matt Jackson (Molly’s Game) is developing the story on her father, Dan Inosanto, a key instrument in a secret training program that led the 1977 Dallas Cowboys to win Super Bowl XII.

Currently, you can watch Diana on El Rey Network’s “Man At Arms: Art of War” with Danny Trejo and Robert Rodriguez as they cover the artistry of weapons used around the world and in pop culture.

Ask Diana what her most important role is? She will tell you it’s being a family woman!

Refreshments will be served at the end of the event reflecting the cultures of Kali and Silat which Diana Lee Inosanto will be teaching! See below for the menu provided by Tasty Food in Rosemead. 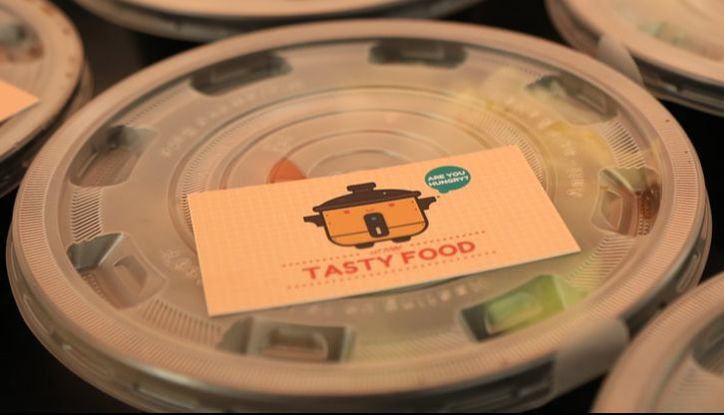 - Gado-Gado -
- Indonesian salad with a medley of blanched/raw veggies, fried tofu, and boiled eggs and peanut sauce applied on top, diners mix the dish themselves. (alternative dressing for our vegan/peanut allergy friends will be available)

- Brown Sugar 'Nian Gao' Waffles -
- "nian gao" is a rice cake traditionally eaten near Chinese New Years.
The Pauley Pavilion Club is located in the center of UCLA's Campus, South of the Intramural Field and North of the Luskin Hotel and Conference Center.
The easiest parking is found in Lots 7 & 4 which offers hourly or daily parking.